In April 2022, International Circle for the Promotion of the Creation (CIPCRE) and United Nations International Children’s Emergency Fund (UNICEF) Cameroon organized sessions of training workshops in Babadjou, a Sub-Division in West region of Cameroon. This has been followed by the delivery of various IGA resources to the different CNGCP/RECOPE. 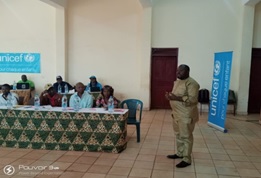 In the bid to reinforce capacities of various local “Communities Network Groups for Child Protection (RECOPE/CNGCP)” members, a 4 days training workshop was organized. With the main objective of enhancing CNGCP/RECOPE groups members’ abilities on implementing income generating activities (IGA) sustainably, ‘they were to receive these IGAs support after the training workshop’.

UNICEF through CIPCRE had put in place a series of measures in some communities (Melong and Babadjou) to foster child protection by creating communities Network Groups for Child Protection (CNGCP). Members of these groups work as volunteers in their various quarters, by intervening and signifying cases of child abuse to CIPCRE, sensitizing and educating the population as a means toward promoting child protection and dissuading other forms of discrimination that are affecting the society. 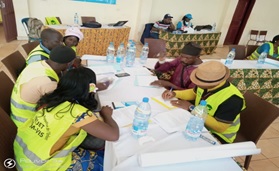 There are 10 CNGCP groups (King-place, Bamenia, Gangong1, Gangong2, Toutchi, Toumanka, Zavion, Bamelo centre and Djiboti) in Babadjou sub-division. Each group is made up of 7 members, thus making a total of 70 CNGCP/RECOPEs’ members in the sub-division. In a means to autonomize  and render the activities of these groups sustainable, they were to be supported with resources that can permit them put in place “income generating activities” (IGA), the support to these groups by UNICEF through CIPCRE, would  render them financially autonomous as well as to ameliorate living conditions of the groups’ members and other less privileged people in the community, including internally displaced persons (IDPs), especially children that have been ousted from their localities due to the ongoing crisis in the north west and south west regions of Cameroon and are found in this community, being vulnerable.

Groups signified interest in different types of activities that suit to them best and which they could do much better on. This varies as follows:

The training which took UNICEF and CIPCRE’s officials 4 days, saw the capacities of all the 70 CNGCP/RECOPE groups’ members strengthened on entrepreneurship, management, accountability, and techniques in good business planning. 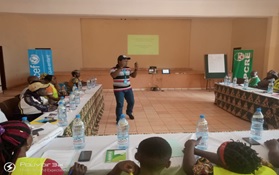 Figure 3: first training session in progress, participants are schooled on management and accountability

The intense training workshop was done in two different sessions either; two days per session of 5 groups, consisted of 7 members per CNGCP group, thus 35 participants each session. The first two days (11 to the 12th of April 2022) of training saw groups on poultry farming 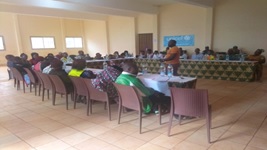 drilled while the other two days (13th to the 14th April 2022) were with groups of hog farming, Irish potatoes and onions cultivation. Thus, the capacities of the 70 CNGCP’s members in this subdivision were built with success on how various income generating activities can be implemented.

It should be noted that, “Still in the same context, a similar training workshop had just been completed the previous week in Melong, a subdivision in the littoral region’’ by the same organs (CIPCRE and UNICEF). As they (CNGCPs) awaited and set to receive their IGA/AGR a week after the training workshop, the need for effective follow up on their activities by CIPCRE was evoked. 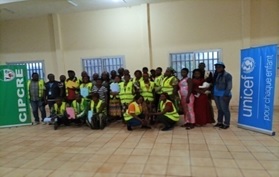 Figure 5: the four days training sessions ended with a joint photo with participants

The need for a strong team spirit was emphasized on, as UNICEF and CIPCRE’s officials called on them at the end of each training session, “to continue sensitization activities that entail fostering the fight for children’s rights and against other forms of discriminations in their various quarters/villages”.

After the training, what else?

IGA received by these CNGCP/RECOPE groups

Few weeks after the capacity building workshop of CNGCP/RECOPE groups’ members, CIPCRE was back on the field with various IGA supports for the groups as promised during the training workshop.

The IGAs which varies are presented in point form below:

Receiving their IGA resources with enthusiasm and much euphoria, these CNGCP members promised to work hand in hand so as to see the success of their activities and manage these activities properly.

Evolution after a month and some weeks of IGA reception

After almost two months since IGAs were received by these CNGCP groups, the growth rate as evaluated this July 18, 2022 is high and rapid, with the chicks and pigs already at reasonable sizes. 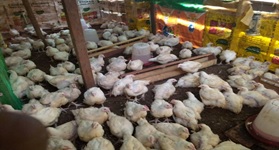 Figures 9 and 10: illustrating the evolution of IGAs put in place, their present stage

Those doing poultry farming are ready to liquidize in two weeks ahead, after duration of 50 days, while those of hog farming could begin selling theirs in mid August 2022.

Nevertheless, it should be recalled that turnout from the sales of these IGA products will not literally be shared and squandered within members, but part reinvested in the activity for an elastic and sustainable yield, as the objective is to enable them carry out children protecting activities in their quarters/villages with ease.